A coaching story: “What does my manager need?”

I have had an interesting coaching discussion with a client a while ago. This person was fairly young and inexperienced, but eager to make her mark and add value to her team.

As part of a team effectiveness exercise, all team members did their Colour Insights profiles to get an idea of what their preferences are. This person, let’s call her “Sally”, turned out to be high green. That means that Sally is an introvert, she needs time to process and think about things and she doesn’t like being put on the spot. 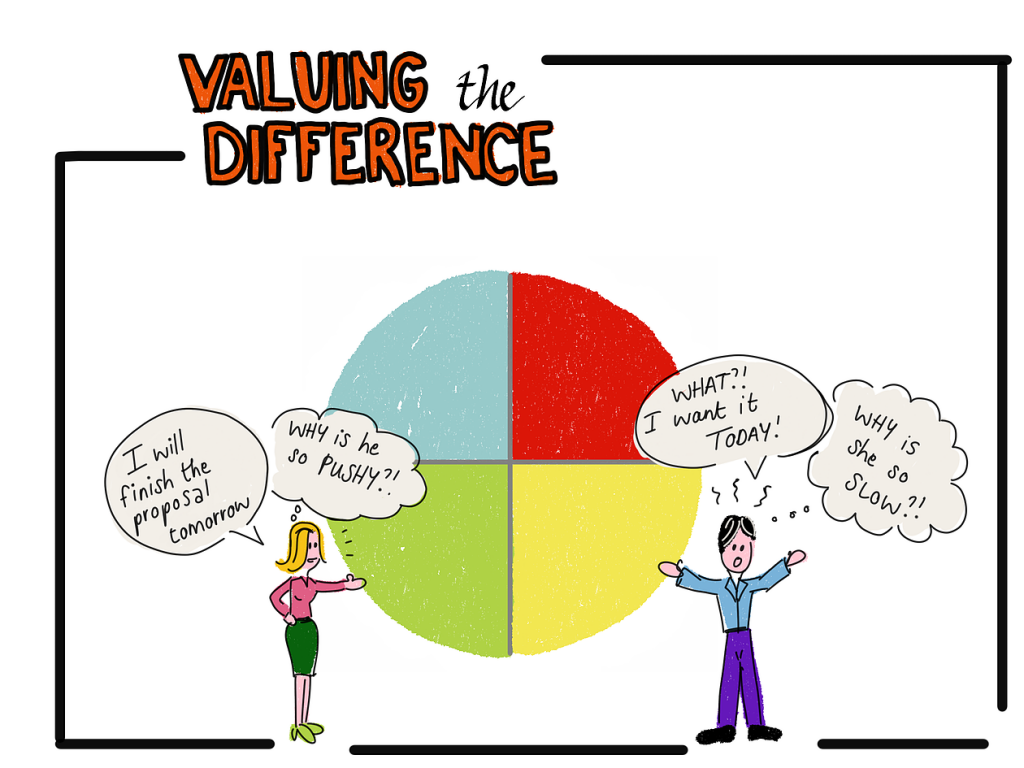 However, Sally’s manager, Tim, has the exact opposite profile. Tim is high yellow, which means that he is an extrovert, with high energy. The differences between the two profiles were creating friction on a day to day basis. To make things trickier, the department (creative marketing) had an overwhelming “yellow” energy. Sally felt that she didn’t fit in and that she was always on the back foot.

During a coaching session, we explored Sally’s strengths. I wanted Sally to realise that the green energy she was bringing to the team was valuable and much needed. We explored the fact that she is a calming influence on a team of highly energetic individuals and that she can play the role of the “voice of reason”. Sally was pleasantly surprised to realise that this energy, which she hadn’t valued before, could be crucial in building better cohesion and understanding in the team.

Next, we talked about the difference between Sally and Tim. Sally lamented the fact that Tim constantly puts her under pressure to commit to goals, share an opinion quickly and make impromptu decisions. We spoke about what Tim values and what would make him feel comfortable – and Sally came to the insight that Tim experiences her as negatively as she experiences him! I asked her to share ideas on how she can become more decisive and react faster while still remaining true to her own personality. I also encouraged Sally to have a discussion with Tim to explain her preference and crafting a way of working together.

A month later Sally reported that the discussion with Tim was a breakthrough point in the relationship. For the first time they both had appreciation for the strengths that the other one brings to the group, and they agreed on practical ways in which they can work together. Sally agreed not to wait until a proposal was 100% perfect, but to share it with Tim earlier in the design process. Tim committed to letting Sally know before a meeting when he needed a decision or an idea from her, so that she could think about it in preparation.

It was a great lesson on how different people can still work together effectively, while remaining true to who they are and valuing the different strengths.

4 ways to develop yourself this year

How to be the worst facilitator in the world – Episode 4

U2 – a band that chose to be great

How to be the worst facilitator – Episode 3

How to be the worst facilitator in the world – Episode 2

How to be the worst facilitator in the world

Use a picture to tell the story

Make them laugh. Make them remember…